At Air France-KLM, we love the Angular CLI. We have been using it since its beginnings for all our Angular applications. With the v6 release, the Angular CLI has become more generic, more powerful, and more extensible. It introduced many great features like workspaces, libraries, schematics, and architects. It changed Angular developers' lives–at least mine–for the better by solving many of the challenges we had before the v6 release.

First let's talk about the context.

I work for a cross-team called TECC-SE (Tools, Expertise, Coaching Center - Software Engineering) that supports all developers within Air France-KLM. I am part of the Frontend subteam whose mission is to help developers build better Angular applications.

TECC-SE's mission is critical for Air France-KLM. We're the only team within our company that works for all Air France-KLM projects. Being part of such a team allows us to work with many developers. But, on the other hand, we need to live up to their expectations by providing support, guidelines, and the right tools for the right job.

Here are some of the challenges we were facing before.

I was set out to port some existing AngularJS libraries that many projects were using to Angular.

When building Angular libraries, your packages must follow the Angular Package Format. You have to generate different kinds of JavaScript modules/bundles (FESM2015, FESM5, and UMD), generate TypeScript definitions, and guarantee that your library is AOT compatible. This was a manual process and very hard to accomplish. I had to learn Rollup (a JavaScript module bundler), go through a good number of Github issues to find relevant information on how to proceed.

After weeks of struggle, I discovered ng-packagr, an awesome tool that transpiles your library to the Angular Package Format. It wasn't mature but it helped us achieve our goal of creating libraries— with less pain. Thank you Mr. David Herges. Then, we used the famous developer technique called Copy & Paste to replicate the process and create many other Angular libraries, each in their own repositories.

With the release of v6, the Angular CLI team announced library support, and guess what? It uses ng-packagr under the hood. You can now very easily generate and build libraries with the Angular CLI.

Before Angular CLI v6, we had all our libraries and their corresponding demo applications in separate repositories.

This led to some issues:

Angular CLI v6 introduced the concept of workspace. A workspace is the environment in which Angular applications and libraries are developed.

In the context of a workspace, we talk about projects. Libraries and applications are the two kinds of projects that we can have inside a workspace.

We have migrated to a monorepo approach. Having all our code base in the same repository gives us many benefits:

To create an Angular workspace, you use the ng new command. But I generally use it with the --create-application flag like this:

This tells the Angular CLI not to generate an initial application when creating a workspace. I do this because I find it cleaner to have all my projects under the projects folder when I am in a monorepo setup.

We have put together a documentation on how to start new Frontend project at Air France-KLM. It consists of a few steps:

We have created our custom schematics.

Schematics is a tool that helps the Angular CLI scaffold a new Angular workspace (ng new), generate blueprints (ng generate), update/migrate existing code (ng update), and add frameworks support to an Angular application (ng add). It's all about code generation.
The nice thing about schematics is that it allows us to extend the CLI's scaffolding capabilities.

You get all this by running a single command:

Unlike the official Angular schematics, our workspace schematic doesn't generate an initial Angular application. Developers should therefore generate a new application with the following command:

Air France, KLM, and Air France-KLM are three different brands that have their own digital style guide.
Air France and KLM are sister companies that belong to the Air France-KLM Group.

Our application schematic also creates a CoreModule, and a SharedModule as recommended by the official Angular style guide. 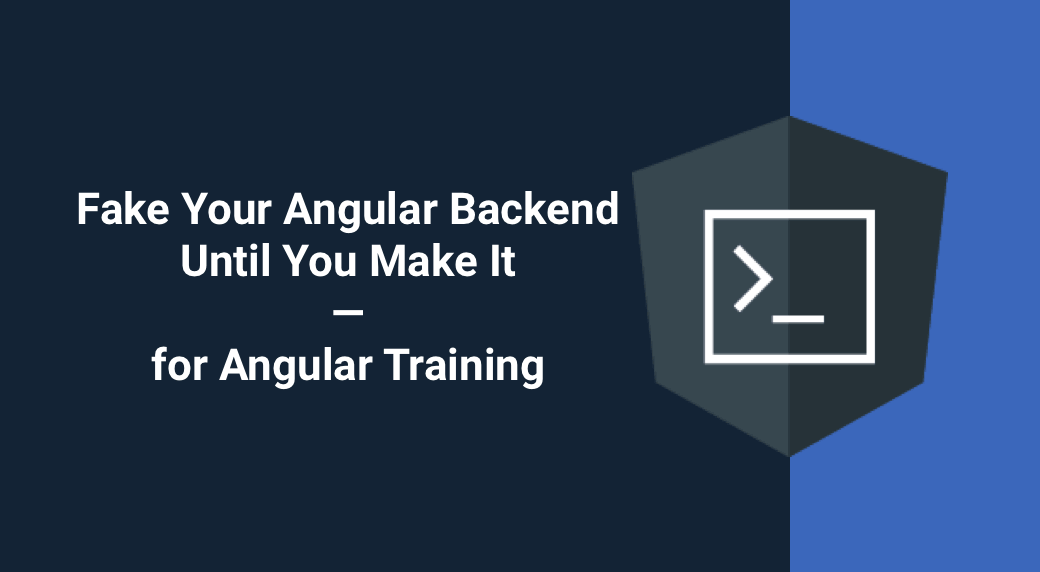 Most of the time, when building an Angular application you communicate from and to a backend via a REST API that uses JSON as data format. Sometimes you want to start building an

When starting a new Angular application, the Angular CLI sets up everything you need for End-to-end testing using Protractor and Jasmine. In this article, I will show you how to ditch Jasmine, and use Cucumber 🥒 as your testing framework.

Amadou Sall
—
The Angular CLI at Air France-KLM
Share this